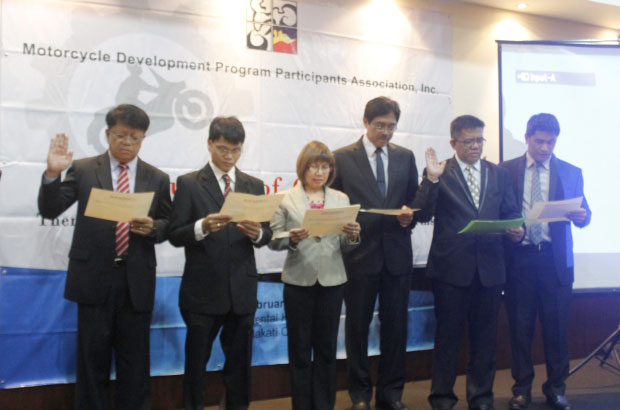 Officers and members of the Motorcycle Development Program Participants Assoc., Inc. (MDPPA) held their Induction of Officers on February 20, 2014 at the Intercontinental Hotel Manila in Makati City.

Outgoing President Catalina T. Calderon delivered the performance report and accomplishments during her stint. Overall, it has been another successful year for MDPPA and the industry on many fronts, said Ms. Calderon.

The theme for this year’s Induction namely “Driving Growth through Reforms and Innovations”, is a most relevant one. Reform and innovation are inexhaustible engines driving economic development, confirmed by Mr. Pablo in his acceptance speech. Over the past years, MDPPA’s partners in the government speeded up reforms. These achievements reflect a positive sign for industries both on the local and international levels, he said. He carried on that while we keep implementing developments, along the way, we challenge the status quo for new things.

Among the significant reforms in the industry were continuous effective promotion of the intellectual property and industry development in the country by the Intellectual Property Office through the efficient leadership of former Director General Ricardo Blancaflor. Hence, in gratitude of his exemplary dedication, steadfastness, and selflessness in stewarding the Philippine IPO as Director General, and for espousing the advocacies of the MDPPA in intensifying intellectual property rights protection in the Philippine motorcycle industry, MDPPA bestowed a Plaque of Appreciation to him on the same occasion of its Induction of Officers. 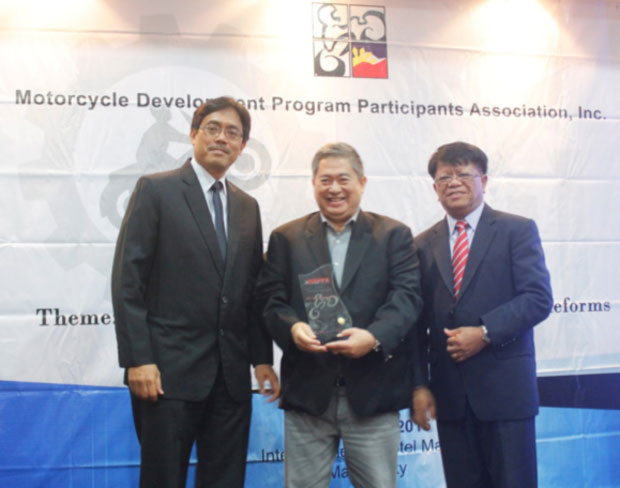