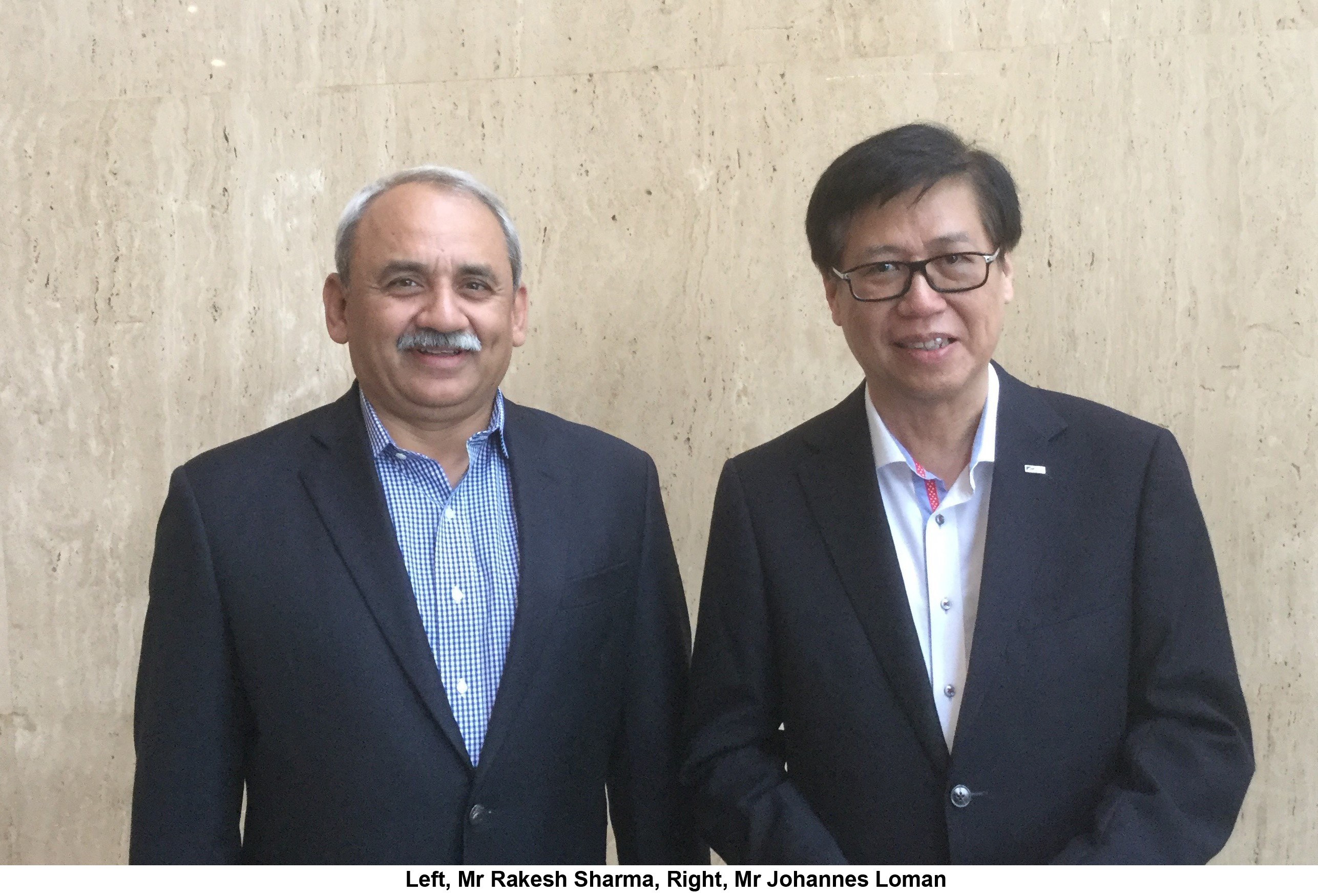 The International Motorcycle Manufacturers Association (IMMA), the voice of the global motorcycle industry, has elected Mr Rakesh Sharma, Executive Director, Bajaj Auto from of its member organisation SIAM, the Society of Indian Automobile Manufacturers for a 2-year mandate, as President of IMMA. Mr Sharma had been previously holding office as Vice-President in IMMA, elected in May 2019.

The IMMA Spring Congress, originally planned to be held from 20 to 24 April 2020 in New Delhi, was changed into a series of meetings by conference call and correspondence. The election of the new President took place through a General Assembly by correspondence due to the COVID-19 crisis.

On being elected, Mr Sharma said "Indeed these are very challenging times and I take up this prestigious appointment fully conscious of the role the motorcycle industry has to play both as a key industry and a responsible member of the society. Whilst we are facing numerous difficulties, we can also see that in due course new but different opportunities will emerge. The role of national, regional and global associations such as SIAM and IMMA is now more important than ever and we will work hard to ensure we play a strong and responsible role in the recovery."

Mr Rakesh Sharma joined Bajaj Auto in October 2007 as President (International Business) and is currently the Executive Director. He is a member of the Board of Commissioners of PT Bajaj Auto Indonesia, a subsidiary of Bajaj Auto Ltd and the Chairman of the Exports Council of SIAM.

Mr Loman stated, "IMMA aims to advance the sustainable growth of the two-wheeler industry in every region of the world. We are fortunate to have Mr Sharma with his wide international experience in the two and three- wheeler industry, to steer IMMA through the difficult time and be the trusted global voice of the motorcycle manufacturers. I look forward to work with Mr Sharma in my role as FAMI representative in IMMA’s Steering Committee".

About SIAM:
The Society of Indian Automobile Manufacturers (SIAM) is an apex national body representing all major vehicle and vehicular engine manufacturers in India. SIAM works towards supporting the sustainable development of the Indian Automobile Industry with the vision that India emerges as the destination of choice in the world for design and manufacture of automobiles. It also works towards facilitating the enhancement of the competitiveness of the Indian Automobile Industry, reducing the cost of vehicles, increasing productivity and achieving global standards of quality.

About BAJAJ Auto Limited
A flagship company of the Bajaj Group was incorporated under the Companies Act, 1956, and having its registered office at Mumbai – Pune Road, Akurdi, Pune – 411 035. The Bajaj Group is amongst the top 10 business houses in India. Founded in 1926, at the height of India’s movement for independence from the British, the Group has an illustrious history. The integrity, dedication, resourcefulness and determination to succeed which are characteristics of the Group today, are often traced back to its birth during those days of relentless devotion to a common cause. The Late Shri Jamnalal Bajaj, founder of the Group, was a close confidant and disciple of the Mahatma Gandhi. The Company is the world’s third largest motorcycle manufacturer, India’s second largest manufacturer of motorcycles and world’s largest manufacturer of three-wheelers. It has its manufacturing facilities located at Chakan near Pune, Waluj near Aurangabad, and at Pant Nagar in Uttarakhand. The Company’s motorcycles and three wheelers are sold all over India with a wide network of dealerships. It had achieved landmark sales of 5 million two and three wheelers in FY 2018-19, the highest ever in its history.

In the fiscal 2018-19, the Company recorded total turnover of ? 318 Bn (USD 4.61 Bn)., the Company’s highest ever top-line, despite adverse global and domestic economic situations. The Company is India’s largest exporter of 2 and 3 wheelers, having exported over 2 million units, representing 40% of its production to over 79 countries through a wide network of international distributors all over the world in 2018-19.

The Company has an in-house, state-of-the-art R & D Centre actively developing new products and technologies driving its business growth. Its motorcycle brands – PULSAR and BOXER are top selling brands in many countries in the world. BOXER is a leading motorcycle brand in Africa and PULSAR, AVENGER, PLATINA and CT are iconic brands in India and several overseas countries.

With 15 million vehicles exported in over 79 countries, Bajaj is truly “The World’s Favourite Indian”. It is India’s No.1 motorcycle exporter with 2 out of 3 bikes sold internationally carrying a Bajaj badge. The company’s unwavering commitment towards building the best 2-wheelers in the world through design, technology, quality, and customer satisfaction has made it the most visible Indian Brand across the globe. The company’s global sales have earned over US$ 13 billion of foreign exchange in the last decade.

About IMMA:
IMMA has a membership of Powered Two and Three-Wheeler (PTWs) manufacturers association from various countries and regions across the world including USA, Canada, Australia, Europe, Japan, Thailand, Vietnam, Taiwan, Indonesia, Malaysia, apart from SIAM in India. IMMA promotes mobility through safe, sustainable motorcycling by advocating the development and harmonization of technical regulations in United Nations, affecting the motorcycle industry and by advancing inclusive policies for motorcycling.