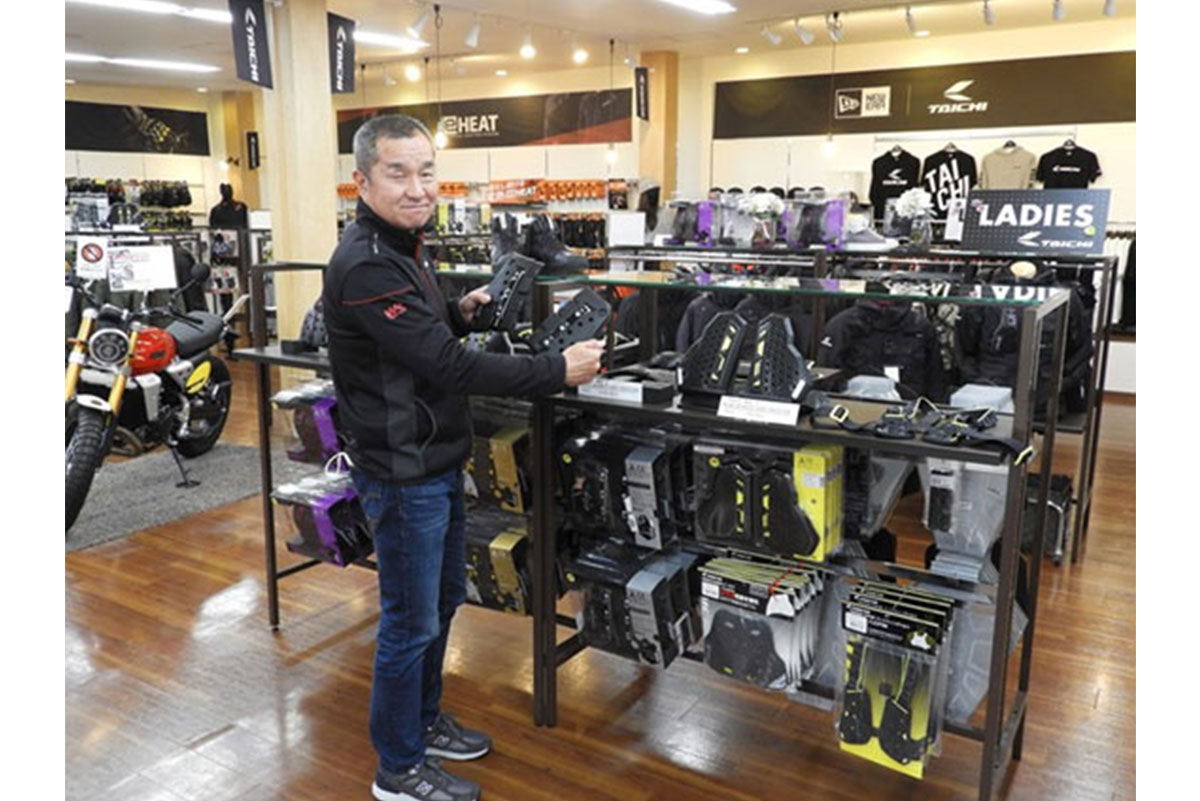 According to the Motorcycle Fatal Accident Statistics (2020) released by the Tokyo Metropolitan Police Department, more than 80% of motorcycle fatalities were as a result of injuries to the head, chest and abdomen.

Therefore, it is extremely important to wear not only a correctly-fitted helmet correctly fastening the chin strap, but also a chest protector in order to reduce injuries during an accident.

The Japan Motorcycle Accessories Association (JMCA) is continuing to promote the wearing of chest protectors under its original “Chest Protector Recommendation Scheme.” Taking this opportunity, we spoke to JMCA Representative Director Matsubara about initiatives to establish safety standards and the importance of chest protectors.

This association was formed by aftermarket parts manufacturers, wholesalers, and retailers of motorcycle parts and accessories in order to promote the  healthy growth and development of the motorcycle industry. The association has received guidance and collaboration from various related ministries and organizations such as the Ministry of Economy, Trade, and Industry, the Ministry of Land, Infrastructure, Transport and Tourism, ,and the National Police Agency with the aim of promoting  legal quality products (eliminating poor or illegal quality products), eliminating illegally modified vehicles and tackling social and environmental issues.

Participating members are mainly manufacturers of mufflers or helmets and the retailers of motorcycle parts and accessories. 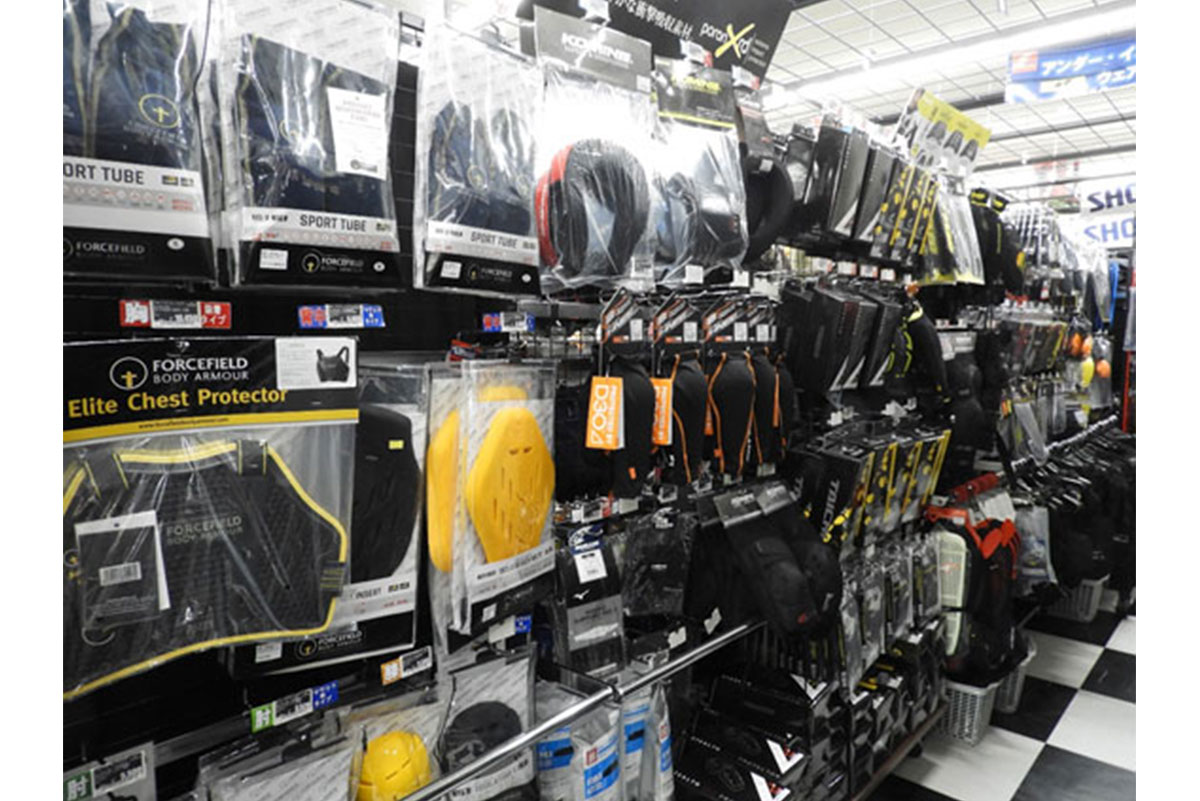 According to a statistical survey by the Tokyo Metropolitan Police Department, the usage rate for chest protectors was 8.6% in 2021, a slight increase of 0.2% compared to the previous survey.

Although usage rates are still not at a high level for riders overall, motorcycle accessory shops are expanding the lineups of protectors each year, and the usage of chest protectors is being promoted throughout the entire industry. 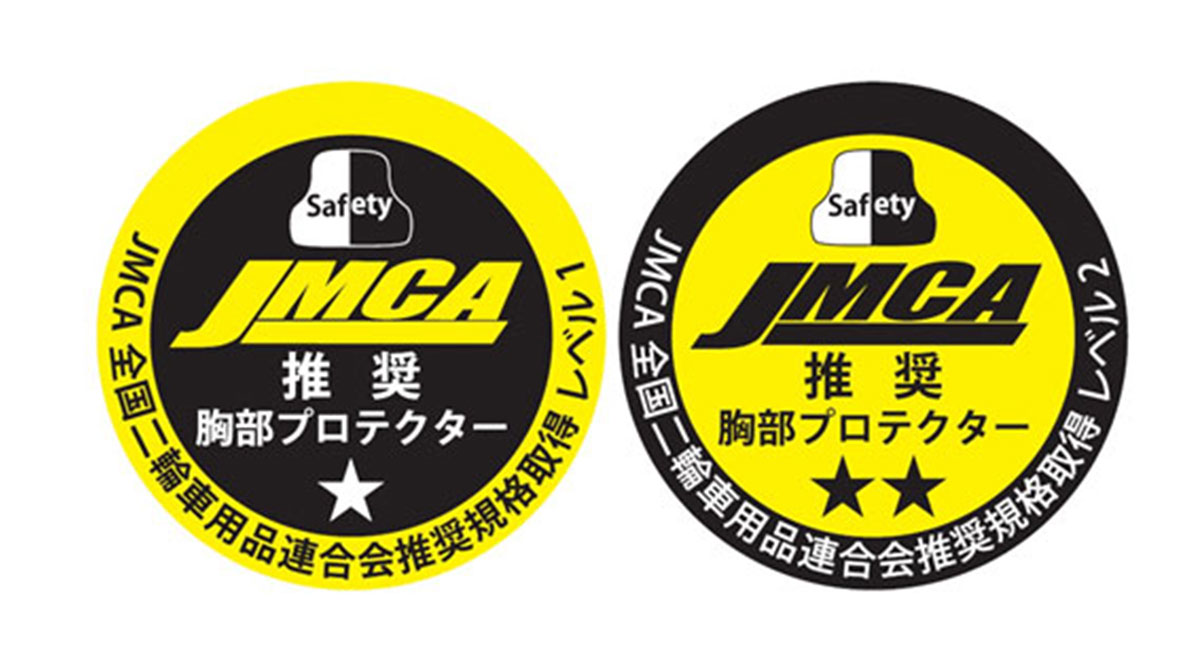 According to JMCA Representative Director Matsubara, the JMCA chest protector standards are based on the EN standards (symbolized by CE mark), a unified standard throughout Europe. JMCA conducted various testing such as collision testing with dummies, shock resistance and protection range testing by dropping hard objects onto the protector from the designated height. 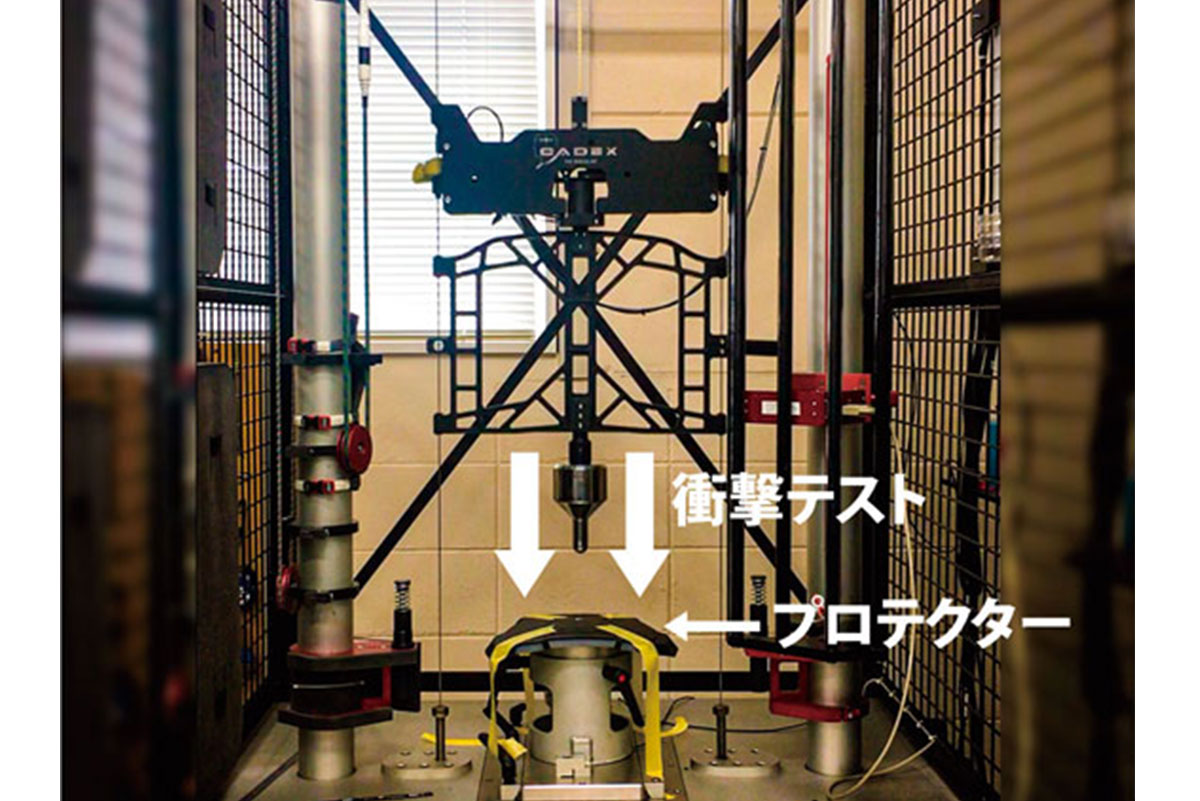 After repeated collision testing, it was ultimately concluded that the own standards must be equivalent to the EN standards. The JMCA Chest Protector Standards Scheme was adopted in accordance with the EN Standards.

As the motorcycle culture is more entrenched in Europe than in Japan, safety awareness there is also very high. Jackets cannot be sold as motorcycle jackets unless they contain protectors that conform to the EN standards. 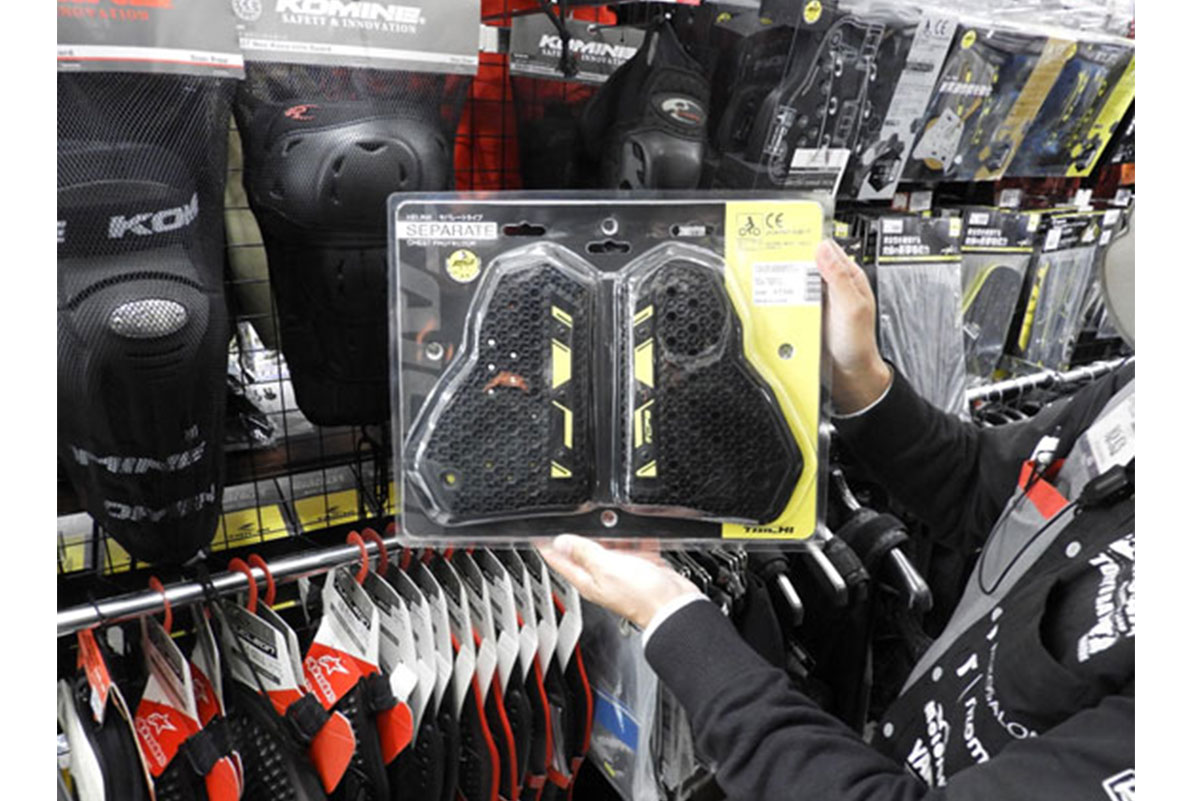 Many types of protectors for various needs are available in the store, ranging from jackets containing detachable protectors, stand-alone protectors, and protectors made of hard or soft materials. According to Store Manager Harushima, sales has been increasing every year and it makes him feel that actual usage must be also increasing.

Recently, motorcycle jackets with built-in protectors, which are relatively affordable, are gaining popularity. 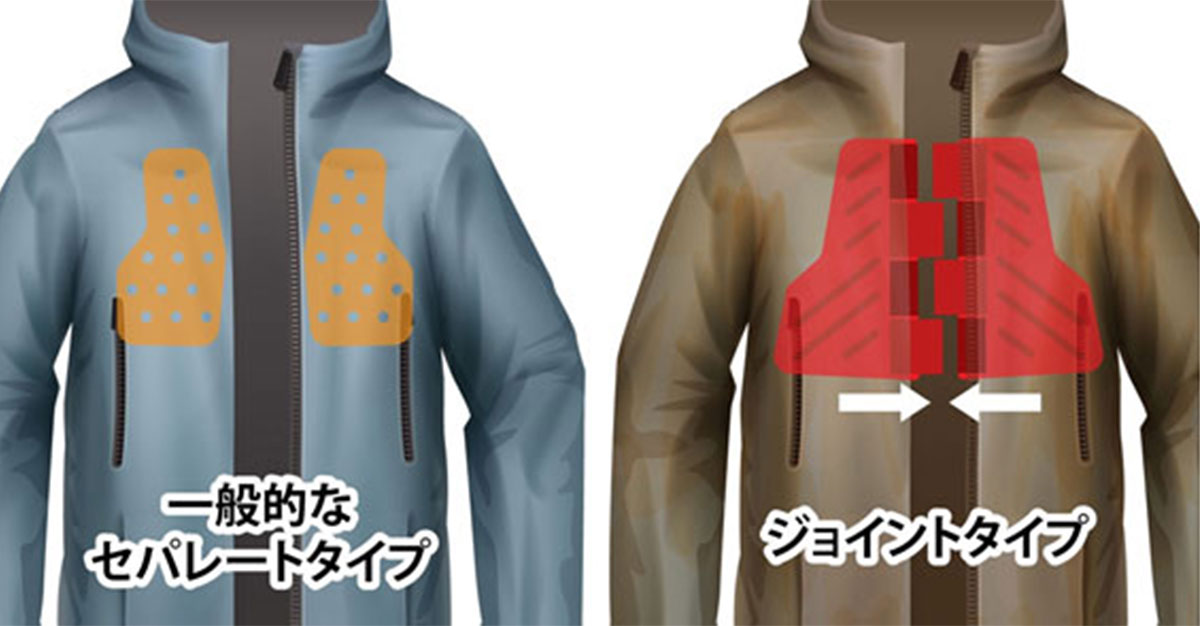 According to JMCA Representative Director Matsubara, “Joint type jackets offer ideal protective function as there is no uncovered space in the middle chest area and protection range is wider.” 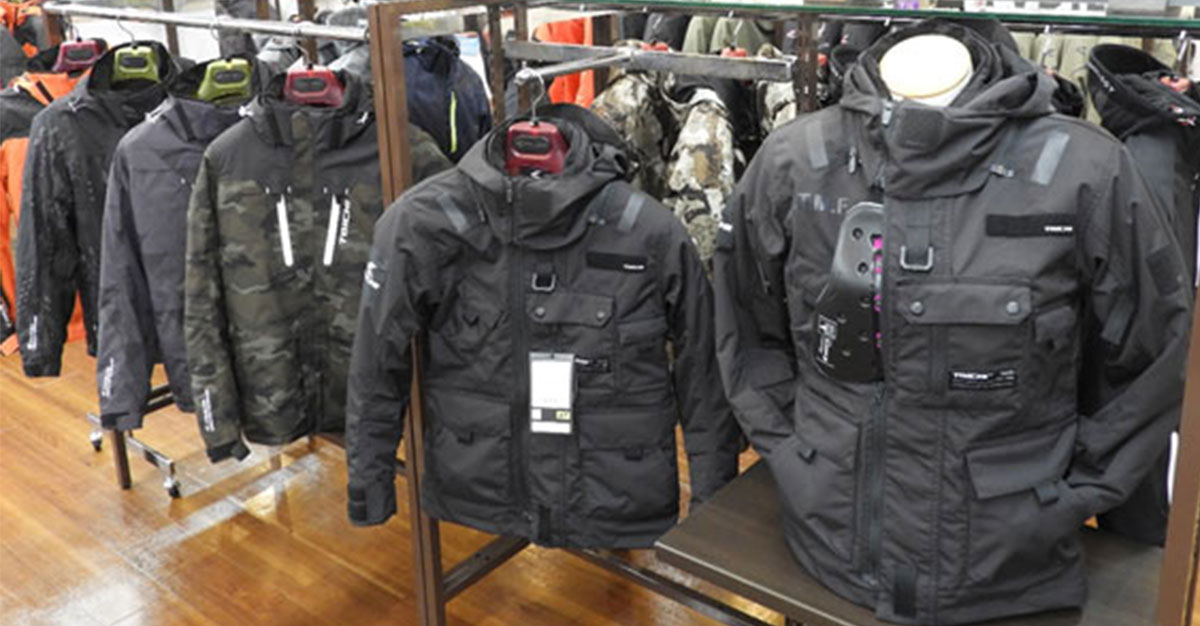 As a statistical survey by the Tokyo Metropolitan Police Department showed that primary injuries to the chest rank second as the most common cause of motorcycle fatalities, JMCA Representative Director Matsubara said, “We want all riders to know about the importance of wearing chest protectors and to make a habit of wearing chest protectors at all times when riding their motorcycle.”

“The most effective way for riders to make a habit of wearing protectors whenever they ride their motorcycle is finding the optimal chest protectors (or motorcycle protector jacket) for their personal preferences.

Like helmets, riders have diverse fitting preferences for chest protectors because they are an important piece of protective equipment that needs to be worn during each ride. Rather than simply relying on information from the Internet, we recommend that riders go to an accessory store and try out a few protectors before making their purchase.”