In The Aftermath Of Typhoon Yolanda 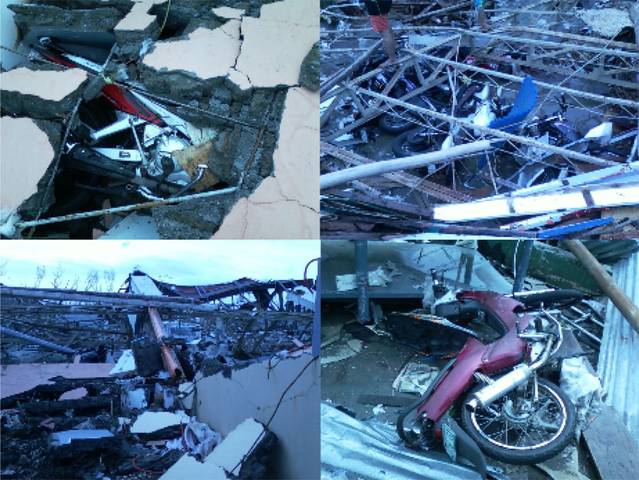 Living in a country frequently shaken by earthquakes and visited by typhoon due to its unfortunate location in the “Pacific Rim of Fire” and the so-called “Typhoon Belt” in the tropics, would make us tougher and more vigilant for oncoming similar disasters. However, nothing could have prepared us for the impact that was super typhoon Yolanda (with international name Haiyan).

Typhoon Yolanda, like no other devastation, had decimated everything in its path. At sustained winds of up to 195mph and an unprecedented huge tidal surge of 15 meters above sea level that came with it, Typhoon Yolanda flattened coastal towns and cities, displaced million of Filipinos and left at least 8,000 dead. Tacloban City was in the direct path of the storm.

The group of the Motorcycle Caravan for Road Safety composed of 28 riders from the riders clubs of MDPPA member-companies and from the local government of Quezon; and MDPPA Secretariat was untimely in the worst-hit Tacloban City when the typhoon devastated the region. That supposedly overnight stay was followed by three unforgettable tough nights. Typhoon Yolanda’s landfall in Tacloban City on that early morning of November 7 delayed the team to depart sooner and prematurely ended the motorcycle caravan which was supposed to culminate in10 days. 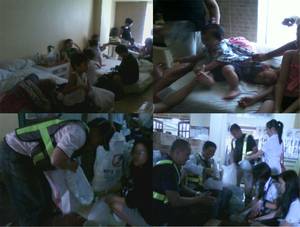 It may be providential that the group was billeted in a hotel not greatly ravaged by the storm surge. But the strongest wind ever experienced was a memory that will linger on forever. From the first moments of that catastrophic day, the Motorcycle Caravan Team did not hesitate to live the Filipino “bayanihan spirit” (the spirit of communal unity and cooperation) to help other survivors notwithstanding darkness due to cut electric power, severed communication lines to and from home, scarce supply of food, water and other basic necessities – and motorcycle units beyond use under the building rubbles, the caravan riders joined other groups in the relief and recovery operations. On a remote opportunity to get out of the place, bringing only limited personal articles, the team together with other hotel guests hiked for four hours amidst debris and scattered cadavers along the way on the dawn of November 10 to the airport for a likely chance to take the government’s C130 plane to Cebu City where they took the commercial plane flight back to Manila the following day.

More than the personal items lost and destroyed vans and motorcycle units; the emotional and moral recovery of the team was a serious concern then. Unprecedentedly, the team recovered sooner from their psychological traumas with the help of the industry, colleagues from the riders’ clubs and their families. As if their help at the onslaught of the typhoon was not sufficient, the team with their respective riders’ club members went back to the affected areas to bring relief goods.

On the other hand, the impact of the typhoon on the motorcycle manufacturing and sales is no different from other industries. Massive destructions were done on the manufacturers’ own 3S shops and dealers’ shops. Echoing a line from one of MDPPA member-company: the motorcycle manufacturing industry’s responsibility to the Filipino community does not stop from providing excellent customer service and high-quality products; it goes beyond that. And while then the property losses and emotional distress were extensive, MDPPA, their five member-companies together with the latter’s principal overseas and associates did not waver in their social responsibility to aid in the relief and recovery efforts from the simple act of repacking goods to more than P20 Million in cash and goods donations. Responses from the employees were also generous favoring to give than to feast during their Christmas parties.

The wake of Typhoon Yolanda is painfully obvious. But the resiliency of the Filipinos has always been highlighted in every calamity aftermath. Despite the great property and lives losses by the super typhoon, no one seemed to despair. Filipinos are determined to get up and rebuild their lives under the most difficult of conditions.