Ascension of the New King of Philippine Roads 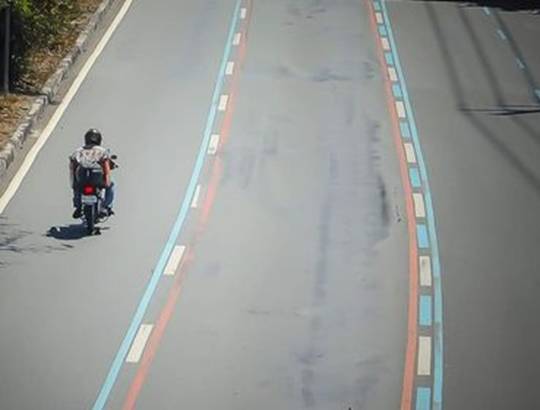 As the economy grinds to a snail pace, motorcycles briskly ply the empty streets.

It was a time when the world stood still.

Governments in different nations ordered most businesses to halt operations. Leisure activities and social gatherings were forbidden. International and domestic travel were heavily restricted if not totally banned. The mysterious pneumonia-like illness which was spreading in the east has been given a name - COVID-19, and it was finally declared a global pandemic by the World Health Organization.

In the Philippines, the National Capital Region and several provinces in the main island of Luzon were placed under strict quarantine. Checkpoints along strategic locations ensure that travel was only limited to buying food or medical supplies and to further restrict movement, all forms of public transportation was not allowed to operate. Most had to walk long distances to get supplies as the previously ubiquitous jeepney was markedly absent and was unable to serve the average Filipino in his time of need. It was once dubbed as the “King of the Road” but in an ongoing pandemic and there is risk of contagion in mass transit, the mighty jeepney is king no more.

With no public transport available and most physical stores remained closed, online selling and motorized deliveries became the norm. The government issued special permits to motorcycle delivery riders to help facilitate the transport of goods. As the economy grinds to a snail pace, motorcycles briskly ply the empty streets to keep cash flow going.

Luzon island accounts for 73% of the country’s Gross Domestic Product (GDP), 37.5% from Metro Manila alone. The lockdown in the said areas continued for months and it naturally took a heavy toll on the economy. While others got to keep their jobs with some form of pay reduction, those who were not as fortunate lost their jobs entirely as companies declared bankruptcy. The former bought supplies online, the latter made deliveries to earn a living. The use of motorcycles has turned an otherwise hopeless circumstance into a win-win scenario.

As the country’s battle with COVID-19 pandemic intensified, medical workers and other essential personnel relied on motorcycles to ferry them to and fro their work places. So much so that Congress has pushed for the resumption of motorcycle taxi operations, citing that it is the safer mode of transportation in the current situation. This claim is supported by a position paper released by the University of the Philippines College of Public Health. It states:

“The use of face masks and helmets may contribute in preventing the transmission of the virus. A study from The Lancet revealed that the chance of SARS-CoV-2 transmission is decreased from 17.4% to 3.1%if masks or respirators are worn. Helmets may also function as face shields, thus not only reducing the risk of injuries, but importantly, increasing protection from possible air droplet transmission. Adequate ventilation and hand hygiene are also important in preventing SARS-CoV-2 transmission. A research from The Lancet Respiratory Medicine suggests the association between poor ventilation and increased risk of respiratory infections “.

Motorcycle sales suffered during the strict quarantine period as MDPPA figures are down by 46% in the first half of 2020. In 2019 of the same period, 830,987 units were sold while this year it went down to 451,034 units. Yet, as the government gradually lifts restrictions, the local industry is left with an environment where motorcycle-related businesses will thrive. Soon enough, these peppy two-wheeled machines will be claiming the title “king of the road”.